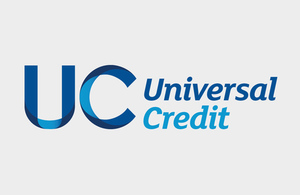 The end of my time as Chair of SSAC is now rapidly approaching – I stand down at the end of July. But this week’s meeting (June 20) of the Committee saw us considering perhaps the most important set of legislative proposals – in the form of draft regulations - coming to us from the Government for scrutiny in the last few years. The rollout of Universal Credit (UC) is reaching a critical point as DWP plan for the launch next year of moving all recipients of the old “legacy” benefits – mainly employment support allowance, housing benefit and tax credits – to the new integrated UC system. This so-called “managed migration” will affect around three million people.

The implementation plan for UC has changed very considerably from when the Committee scrutinised the initial regulations for the new benefit back in 2012. Rollout is now, very sensibly, much more gradual and the Committee welcomes the stated intention to “test and learn”, as well as some of the detailed changes in the policy already announced. The challenges encountered so far, and the resulting mix of successes and setbacks, have been widely publicised. But the move to full national rollout unquestionably raises those challenges to an even higher, more demanding, level.

The Committee therefore quickly concluded that we should undertake a full public consultation exercise before completing our scrutiny process – at which point we will put our advice to Ministers which they are then obliged to publish before the draft regulations are debated in Parliament. We are launching that consultation process today.

The draft regulations now include some important further developments in the detailed design of the policy - notably the requirement for all existing benefit and tax credit recipients to make a claim for UC and ensure they do so within precise timescales, plus the detail and extent of the “transitional protection” arrangements for those claimants who might otherwise see a fall in their benefit entitlement. But there are also important proposals on the delivery logistics for the rollout, and the Committee is keen for the consultation to generate input on all aspects of this package.

We recognise that the timetable for this consultation – in the run up to the main holiday season - is a challenge in itself. But we hope that providing two months for responses will allow the opportunity for interested parties in all parts of the UK to participate in the exercise.

By the time this consultation finishes I will have taken my leave from SSAC. It’s been both a privilege and a pleasure to chair the Committee since late 2011, and I am most grateful to everyone who has engaged with SSAC and enriched our work during that time. I am delighted to be handing over the role to Ian Diamond, who I’m sure will find it as rewarding and enjoyable as I have. Do please ensure that the evidence and insights Ian and the rest of the Committee have at their disposal following this consultation is as full and rich as it can be, so that they can prepare a compelling, independent, evidence based and constructive report for Ministers and Parliament on the proposals for this important next stage in the evolution of the UK social security system for people of working age.