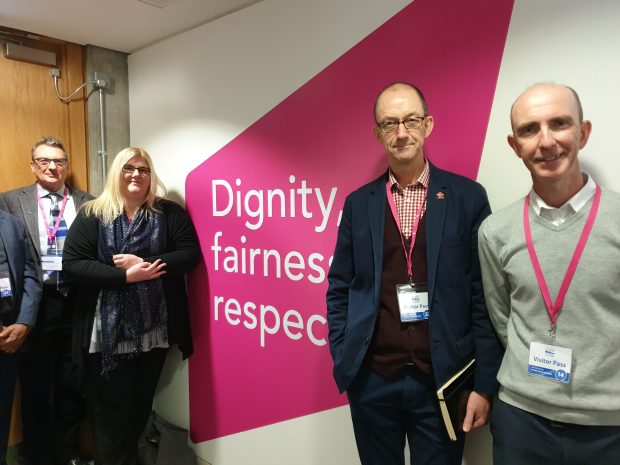 Committee members went to Scotland at the start of the month, four years since our last visit. In 2015, we looked at the early pilots of Universal Support, heard from Jobcentre staff at the height of Jobseeker’s Allowance sanctions and met with Scottish officials and MSPs just a few months after the Smith Commission had reported on social security powers to be devolved. A great deal of water has flowed under the Tay Bridge since then. Dundee was a fitting place to begin our visit as the main site of Social Security Scotland – the Executive Agency responsible for delivery of eleven payments transferring from the Department for Work and Pensions (DWP).

We met with lead officials who explained how the principles in legislation – dignity and respect, raising take-up, contributing to poverty reduction – are being put into practice with two early payments (Carers Allowance Supplement and Best Start Grant). To strengthen accountability, a Charter has been approved by Holyrood, having been developed by a core group of people drawn from Experience Panels working with officials. This is a promising step towards clear communication – for example, setting out the standards people can expect, what happens when mistakes are made and shared responsibility to inform when there is an important change. We reflected on the challenge of achieving “safe and secure delivery” of devolved benefits, but also the advantage of being able to design in key elements from scratch compared with the complexity and scale of Universal Credit and managed migration.

Overall, stakeholders were positive about early engagement with the new Agency but emphasised the need for earlier communication ahead of new payment start dates and the hope for close collaboration between the Scottish and UK Governments. One challenge for the housing providers we met was the typical six-week wait for the rent element of Universal Credit (UC) to show up in their accounts. Claimants who had opted for Scottish Choices – two UC payments in a cycle and/or direct payment of the rent to landlords – could find themselves technically in arrears having assumed, reasonably, that rent payments had been made. This was a timely reminder that Universal Credit needs to work for landlords as well as claimants, especially smaller social housing providers and those in the private rented sector.

Hearing from operational staff at the Agency, we gained further insights into staff recruitment and training and how early claims have been managed. For example, we observed a Best Start Grant being processed and saw first-hand how data sharing between DWP and new Scottish system is being done in real time to achieve quick, accurate decisions.

We then moved to Edinburgh to meet with the City Council’s team responsible for Council Tax Reduction and the Scottish Welfare Fund - both devolved in 2013 - as well as housing finance. Edinburgh was one of the final places to experience UC Full Service and this was regarded as an advantage: recent design improvements like the end of the waiting period and Housing Benefit run-on reduce the initial risks for new claimants. We also discussed the potential for combined deductions for arrears, and in future tax credit debt, to reduce incomes. We had heard positive stories from Dundee the previous day of the DWP’s flexibility in negotiating repayments, but also a note of caution on whether some claimants who need support with this are able to get it.

Meetings followed with officials, MSPs and the Cabinet Secretary Shirley-Anne Somerville. The consensus was that a great deal has been learned in less than a year since the legislation was passed and the five months since the new Agency opened. At the same time, all recognise that some of the biggest tests still lie ahead – for example, designing an assessment and redeterminations system for the Personal Independence Payment. 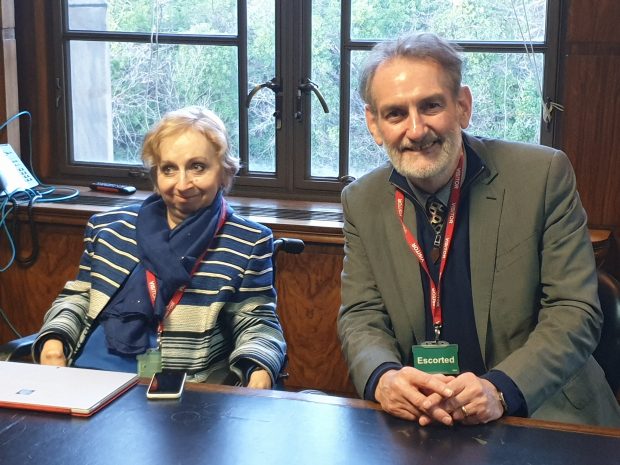 Our time in Edinburgh concluded with a meeting of SSAC’s Chair and Sally Witcher, the Chair of the Scottish Commission on Social Security (SCoSS). The Commission will take on a similar scrutiny role for Scottish regulations as well as having an oversight role on how the system is faring and a reporting relationship to the Scottish Parliament. While our remits are clear and distinct, we are delighted to welcome SCoSS as a new peer and look forward to learning from each other.